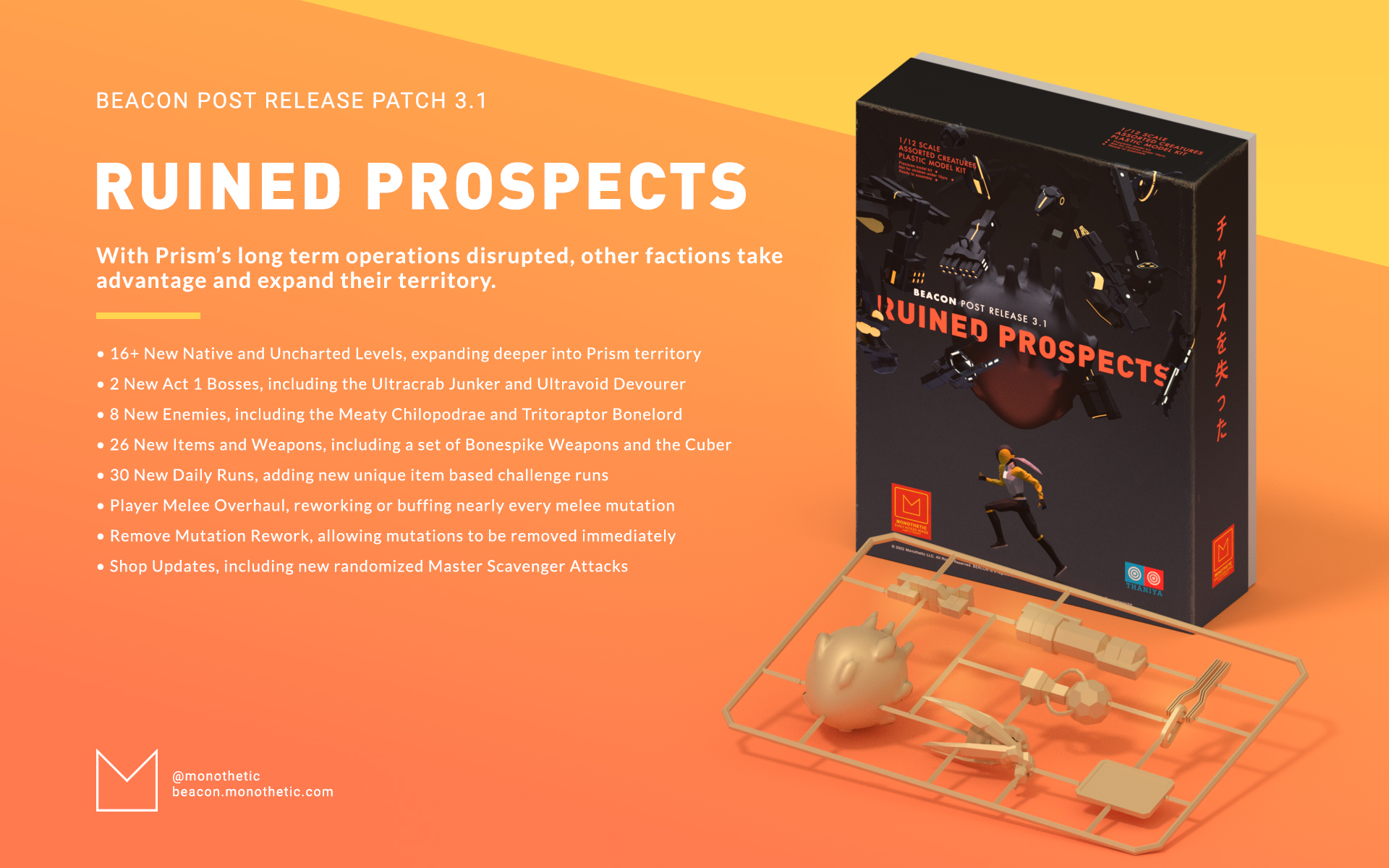 The first post-release content patch for Beacon is finally here! As Freja's presence on Kovus continues to disrupt Prism's operations, the Uncharted and Native factions have begun to take over more territory. Along with a large chunk of new weapons and items, new enemies have been added to fill in some missing spots in the Native enemy roster.

A completely new Native subfaction has been added as well, Antigrav Oozes. Found mainly in Primordial Ooze Pits present from the earliest forms of the universe, the Oozelings possess a unique anti gravitational force that can be utilized to gain a boost to upper spires.

Along with all of the new content in this patch, a Melee Overhaul has been done as well to rework or buff nearly every melee mutation in the game. Melee attacks are generally stronger, and melees should feel a bit more unique now with rebalanced attack speeds and stamina costs. Melee mutations that previously felt useless should hopefully open up new playstyles.

A long requested change to Reconstitution has been made as well, a rework of the Remove Mutation DNA Mod! Mutations can now be immediately removed with a Remove Mutation piece, allowing new DNA to be immediately slotted or an additional DNA mod to be applied. After winning the game it will be easier to progress with a new build as well instead of having to continue with your current locked genome.

Patch 3.2 will be coming this Summer, Wrecking Zone! Along with a chunk of new Ship and Prism content, 3.2 will include a set of new Junkyard themed levels. Until then, check out the entire list of patch notes for 3.1 below. 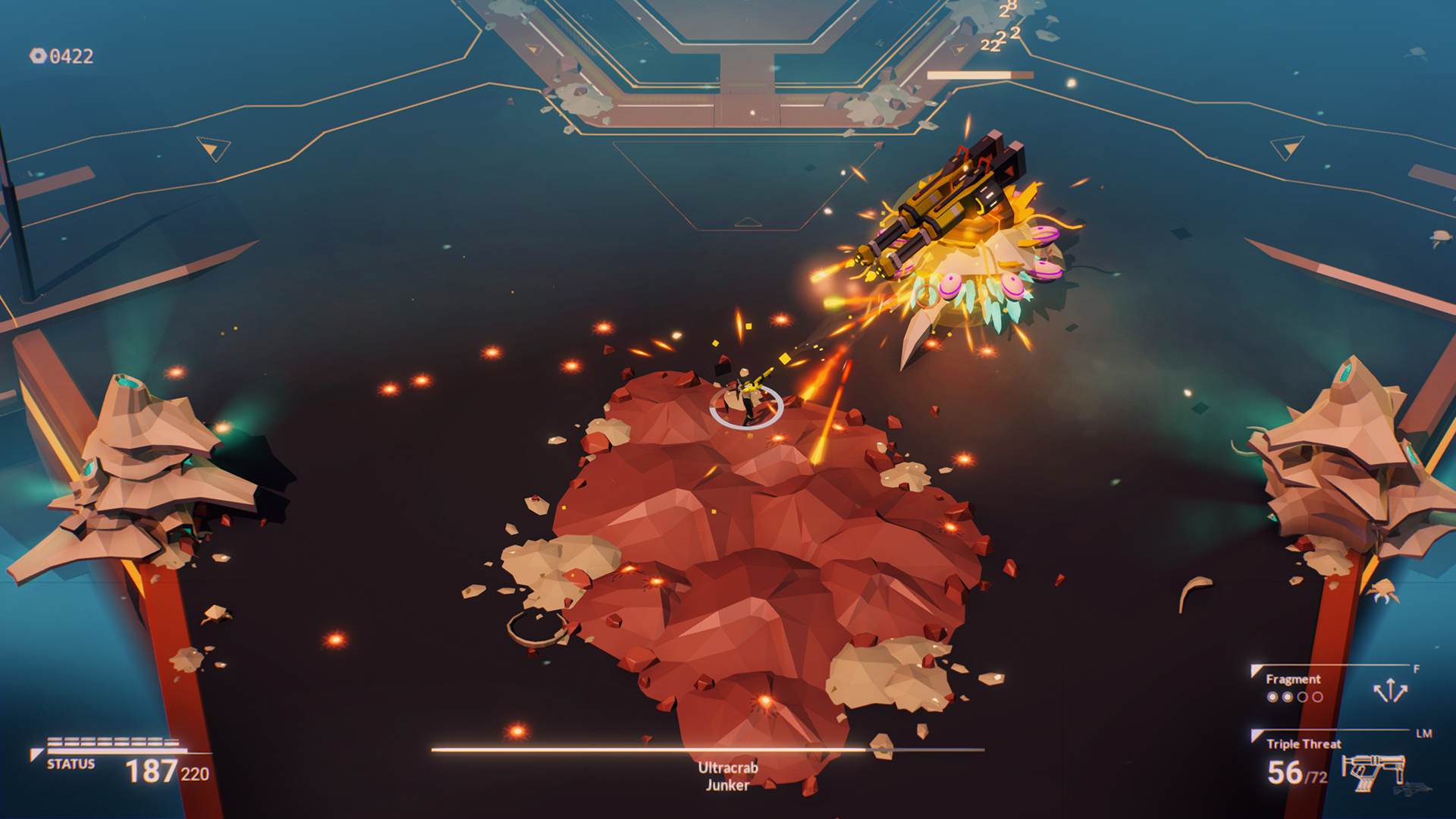 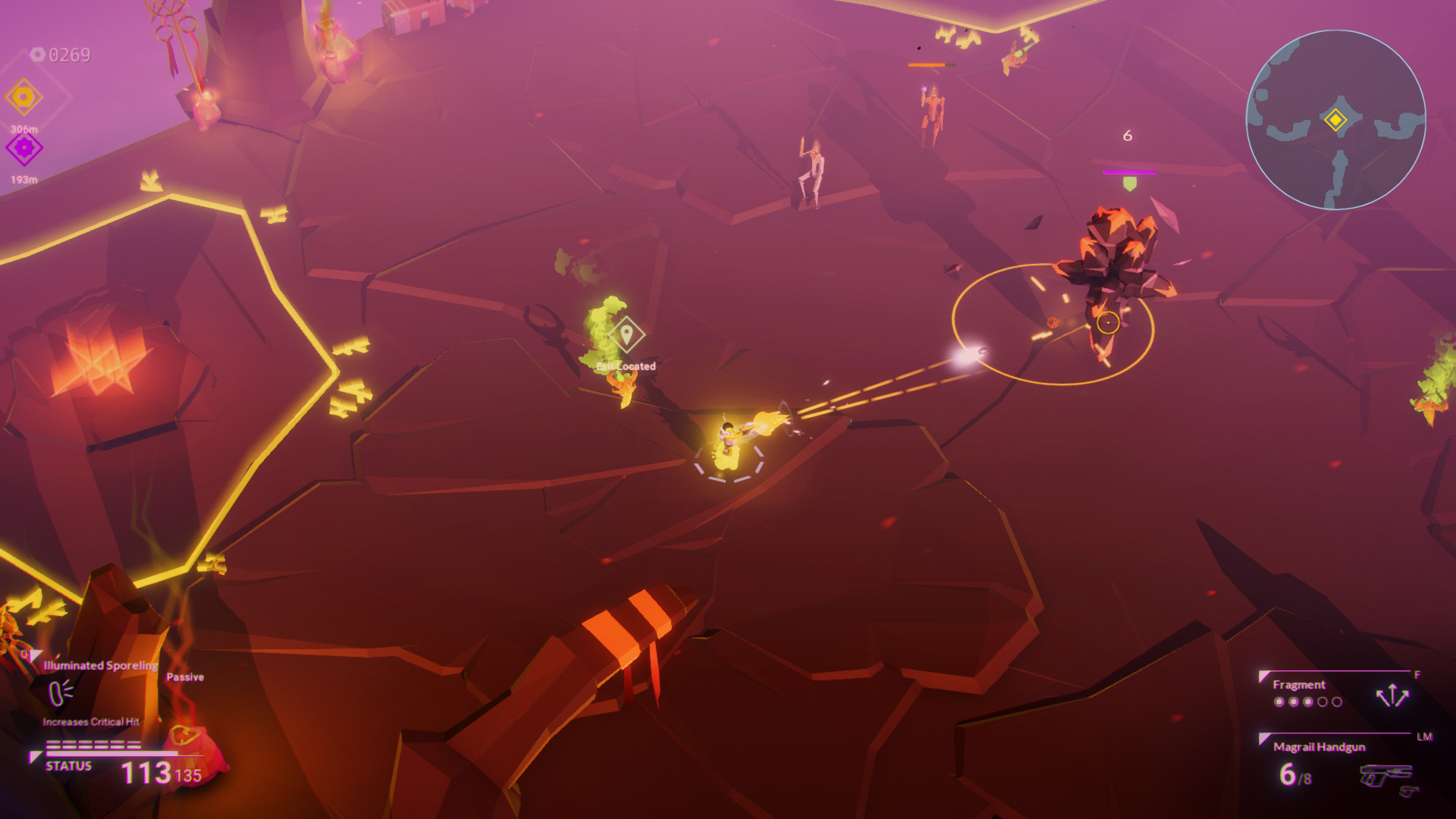 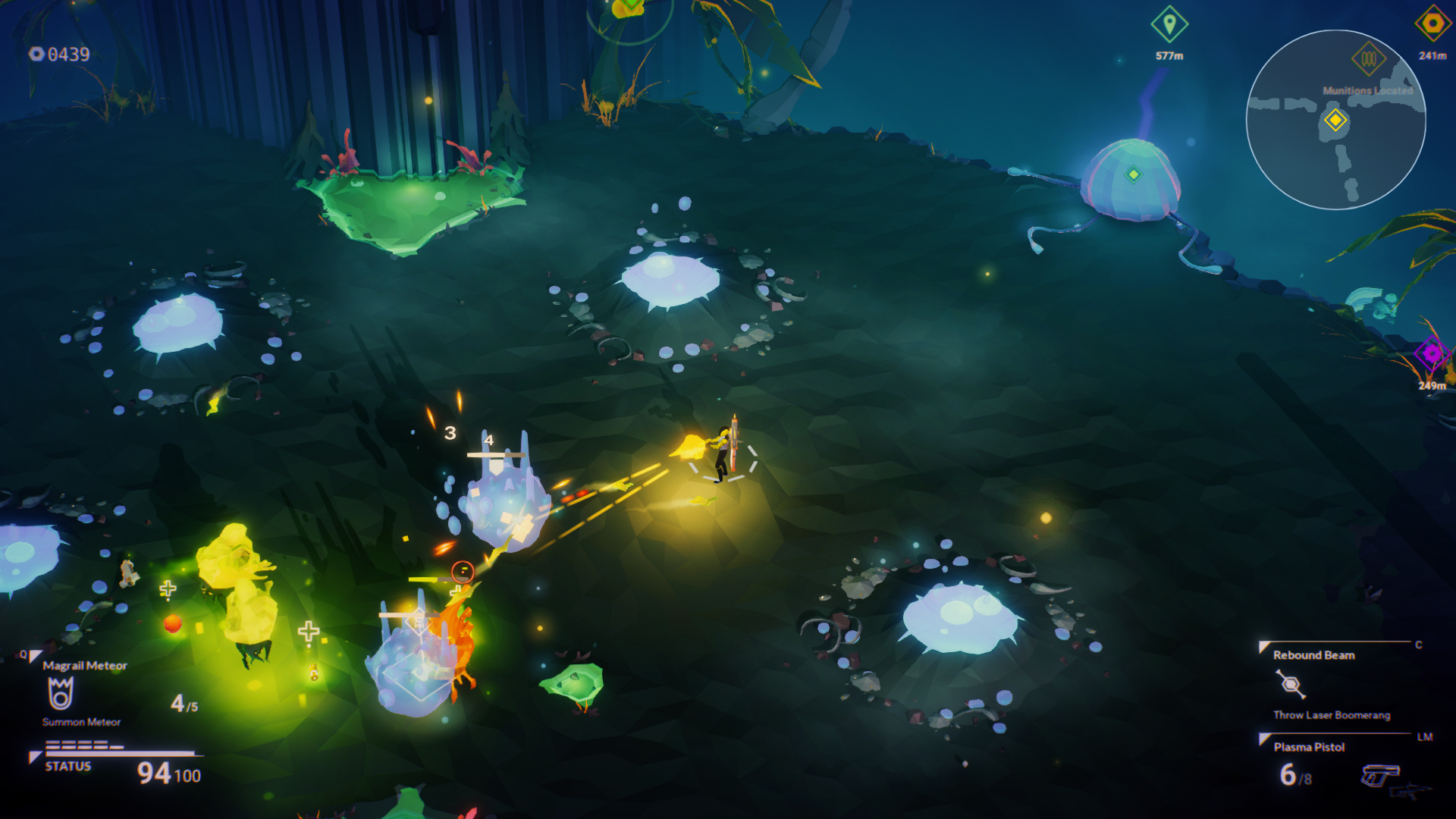