We wanted to post an update on Beacon since it's been quiet for a few months while we are finishing up the big 3.0 patch. Things have taken a bit longer than planned as usual, but we're in the final stretch of development now and are still planning to release it on PC before the end of the year. We aren’t quite ready to announce a final release date, but development is nearly completed and we’re almost ready to leave Early Access with the release of 3.0.

Patch 3.0 will be the largest patch released so far out of Beacon's 20 Early Access content patches! Along with new enemies, items, final bosses, and endings there are a few new major features we have been working on that we have been waiting to share with everyone. Some of those new features are detailed a bit below as a preview of what will be in the patch!

The final piece of the Reconstitution system, Boss Mutations have a chance to spawn when the player has 3 or more of the same faction's DNA in their genome. Boss Mutations give the player a major head/torso transformation and charge up in game as DNA is collected, allowing the player to activate a powerful ability once charged.

Boss Mutation abilities have a few different variations including major buffs and transformations that completely change the player for a short duration. There will be 16 boss mutations available, including 4 from each faction using their main abilities and representing their ultimate lifeforms.

After years of denying that a currency system was appropriate for Beacon, we've figured out a way to add it that feels fitting and improves mechanics already in the game. Scrap is a new currency that has a chance to drop off of enemies and out of crates along with being rewarded for recycling items. Once collected it can be used on various machines like the Nanomed Console and 3D Printer, as well as in the new Master Scavenger's Shop that spawns in each level. 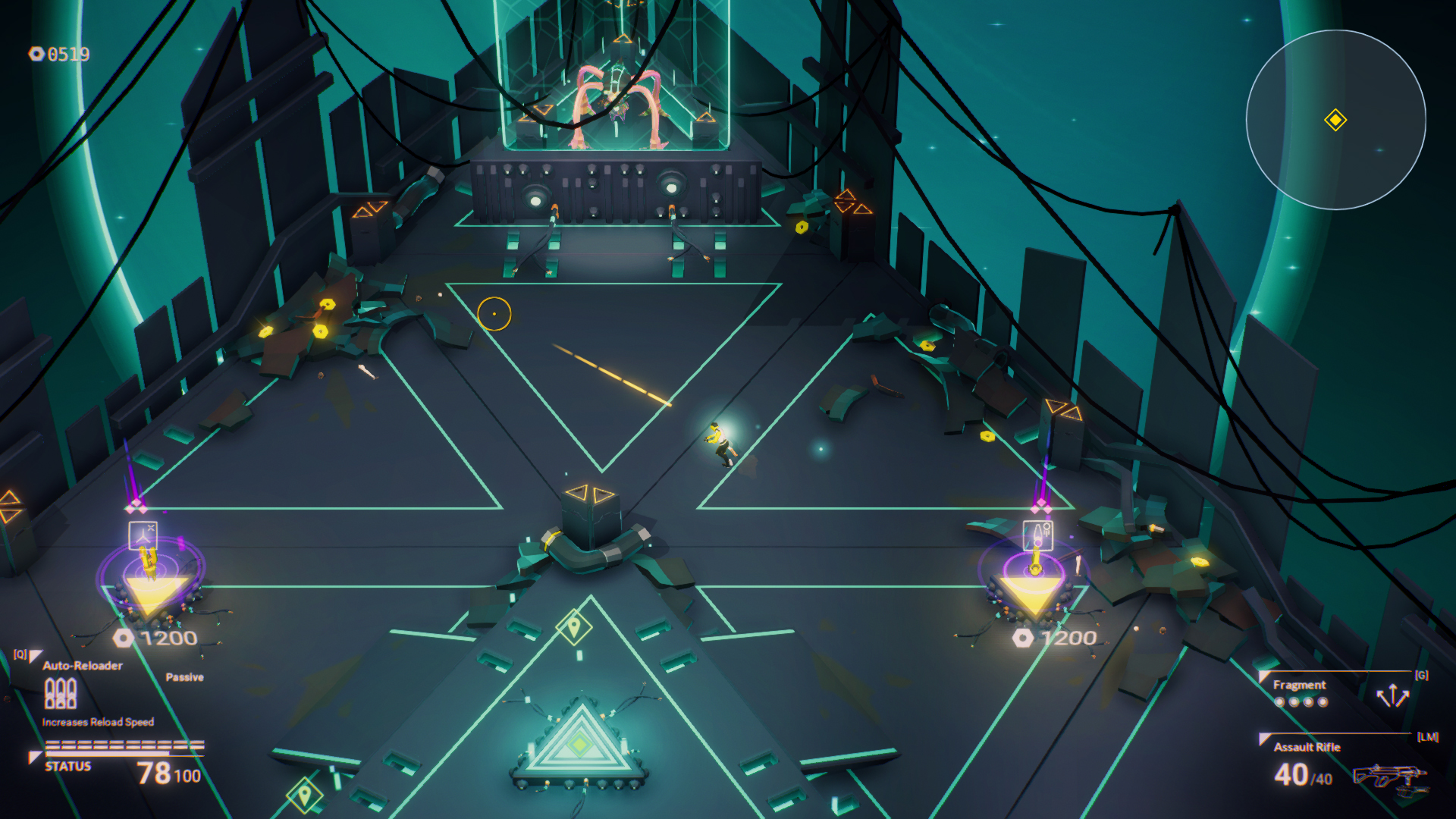 Along with old machines being converted to use Scrap as payment, new machines have been added as well like the Shoraiteku Employee Slot Machine and the Tinkering Station. Scrap resets with each life, so make sure you spend it all before you die!

Minibosses are new hybrid enemies that take a standard enemy and merge it with the abilities of another faction. When killed each miniboss drops a Passive Item and a bunch of Scrap as a reward. Patch 3.0 will include 32 different miniboss fights, mixing nearly every ability type in the game in new combinations that will give a challenging 1 on 1 fight. 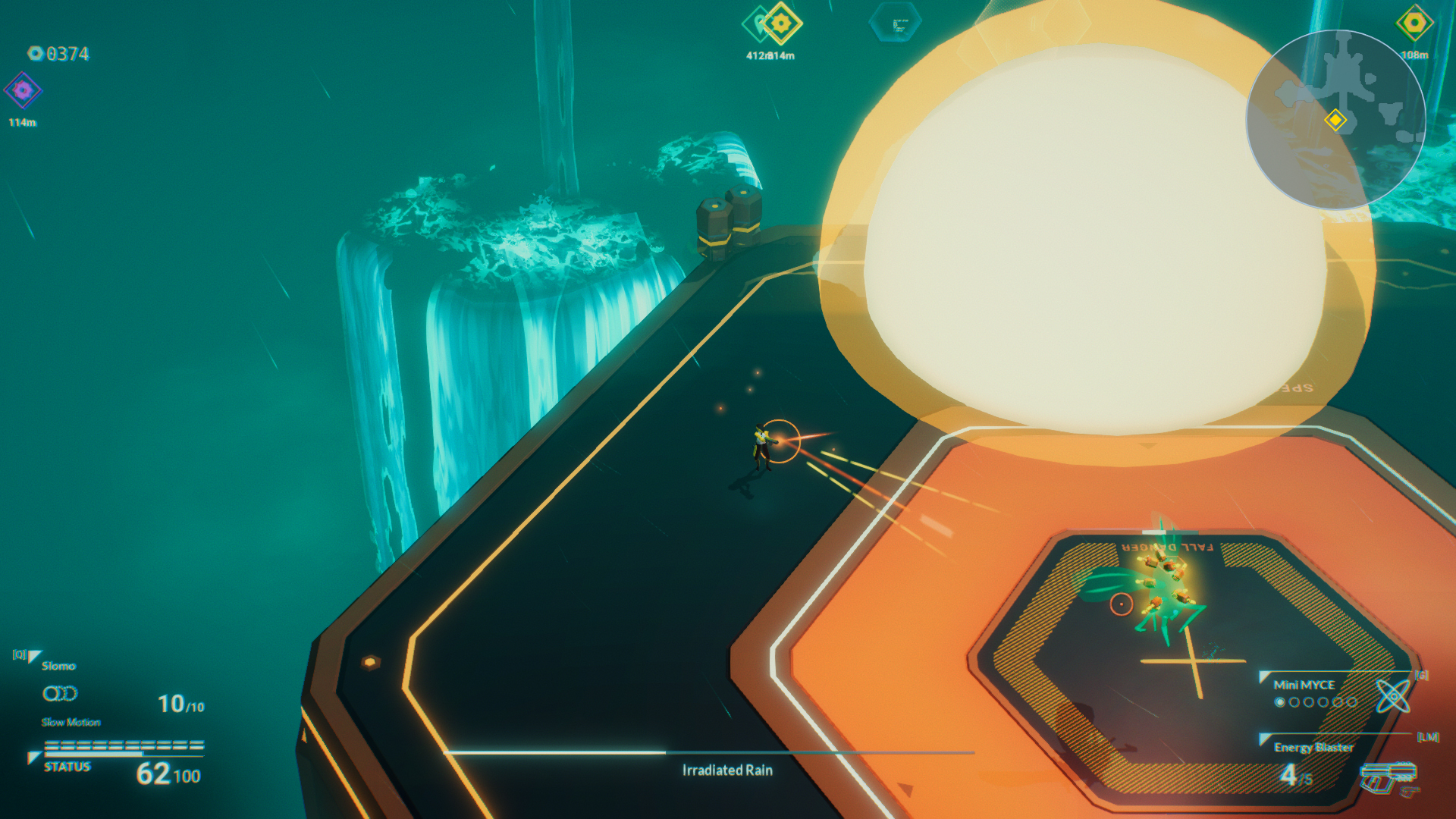 Expanding the final bosses and the endings for the game has been one of our main focuses of developing Patch 3.0. There will be 4 new Act 2 Bosses included in the patch including the Solus Apex and a boss many players have been waiting for since the first access build, another clone of Freja.

Freja was one of those bosses we put off adding for a while to make sure it could be done without taking months to develop, even though it seemed like an obvious boss with cloning being the core of the game. After a few tests it was not as difficult as anticipated to add, and includes over 60 different weapons/attacks that will be randomly selected each time you fight her.

New endings will be introduced in Patch 3.0 as well, giving closure to each faction’s story. Endings will be selected based on which faction is currently dominant in Freja’s genome, and once viewed can be seen again any time through the Main Menu codex.

Since Beacon is leaving early access, for a roguelike we definitely want to add a bit more content for long-time players to seek out and collect. Final secrets and easter eggs will be added giving players new meta goals to reach for and secret content to unlock over multiple runs. An example is a new time based secret called the Swampspore Island. Every generation of Level 2 will now include a Swampspore Island somewhere in the landmark area, and if reached before 10 minutes into the run a special passive item is rewarded to the player. 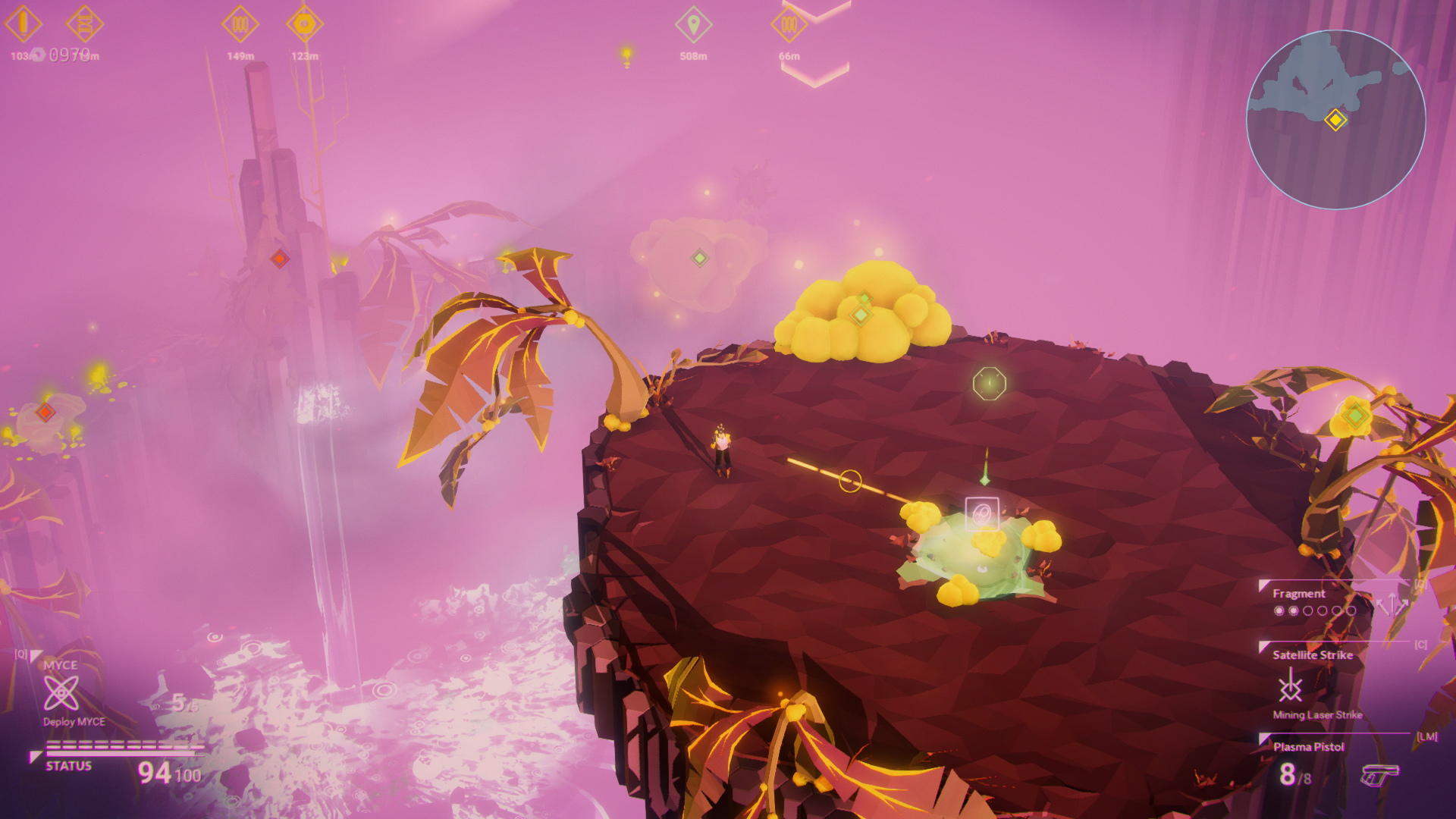 There are multiple new time based secrets that will be added in 3.0 along with a new set of secrets that span over multiple levels. We don't want to spoil too much of this content, but hopefully it will give experienced players new meta goals to reach for each run.

On top of all the new content, we have been focusing on a final chunk of balance tweaks and quality of life improvements to the game to make sure the game feels finalized with the release of Patch 3.0 as we leave Early Access. Some of the notable tweaks include a final pass on Ammo Mods to adjust them after recent Recycling changes, tweaks to Act 1 and Act 2 Bosses to make them more challenging, and an update to Resistance, Critical Hit, and Luck to display them as percentages to make them easier to understand their effect. 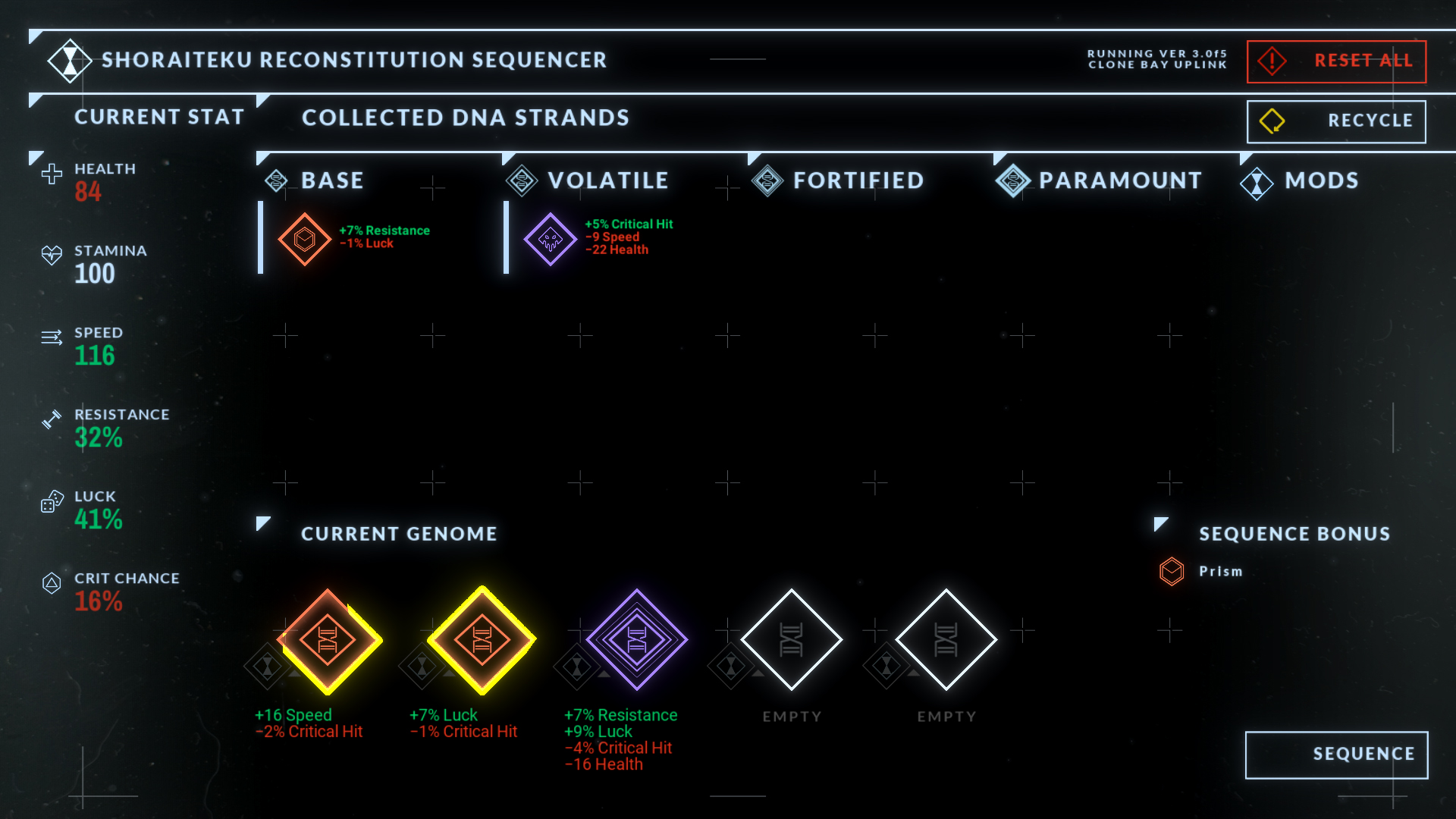 We’ve been working on a final optimization pass as well to improve the performance of the game on all hardware types. A large audio pass has been done to reduce CPU and Memory usage as well as fix important audio not playing when too many sounds were active. Many large levels have had edits done as well to simplify overly dense zones and reduce the height of the navmesh generation.

The full patch notes including all of the tweaks, optimizations, new features, new content, and everything else changed since patch 2.93 will be released when Patch 3.0 is out!

Currently Patch 3.0 is planned to be the final major patch for the game. Depending on how successful our transition out of Early Access is we have considered doing additional content patches in the future, but after over 7 years working on Beacon we've surpassed what our initial vision of the game was and it might be time to move onto new projects. We’ll of course be watching the release closely and will release a few minor patches with any important bug fixes and balance tweaks, but 3.0 will include nearly all of the content we ever planned for the game and more.

We’ll keep everyone updated when we have a more specific release date. Thank you to all of our players who have helped guide the development of the game over our lengthy Early Access, and we hope you’ll enjoy Patch 3.0 when it releases!

This sounds amazing and definitely worth the wait! 🙌 Thank you for making such an a brilliant game, can't wait ti see how the new patch 3.0 will be like 👏👌