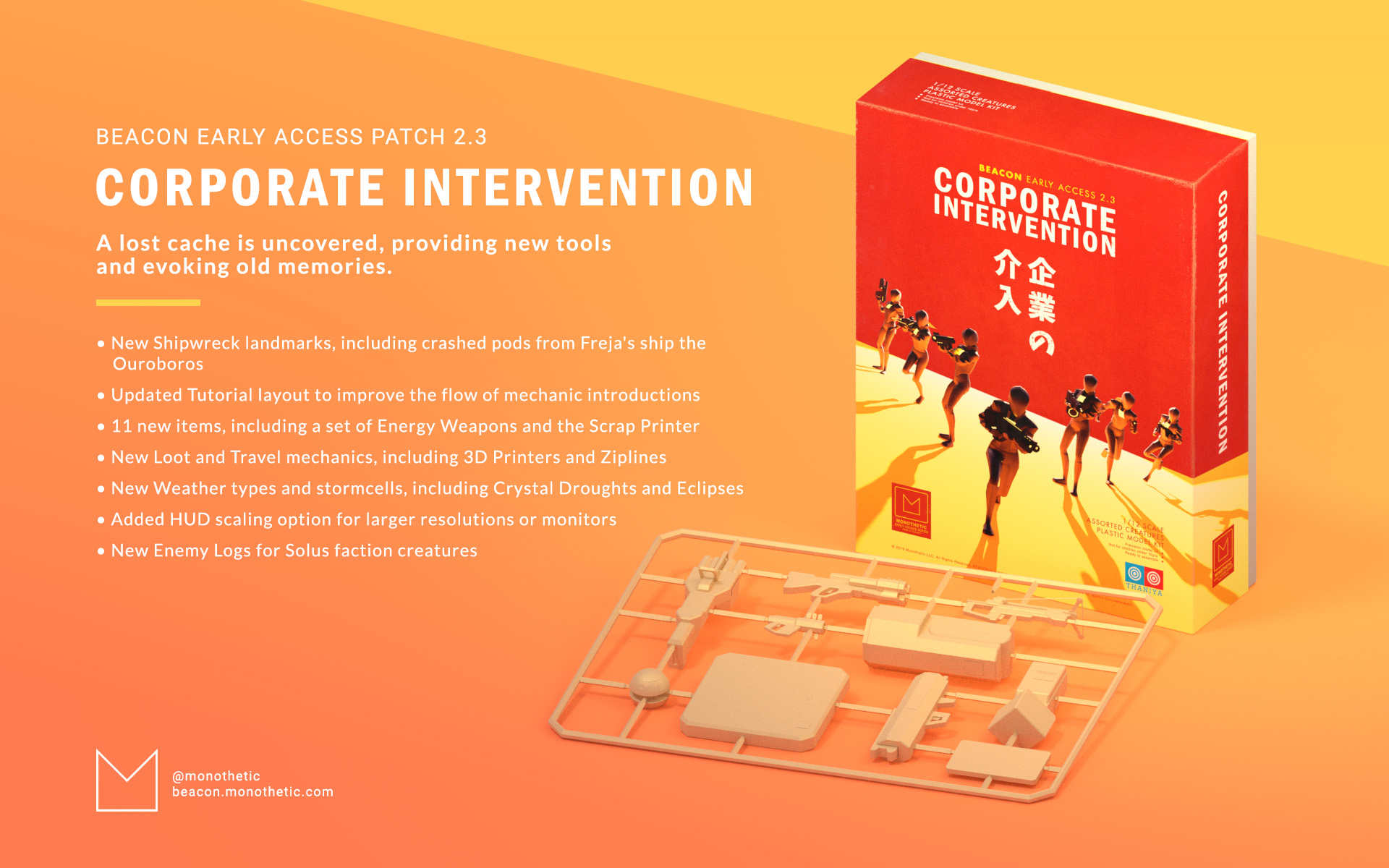 Beacon patch 2.3 is ready, providing new tools and evoking old memories. Explore crashed pods from Freja’s ship The Ouroboros and collect new items including a new set of Energy weapons! This patch only includes a Level 1 landmark with the Ouroboros Armory, but Level 2 and 4 landmark levels will be added in an upcoming minor patch with additional shipwrecked pods from rival corporations. 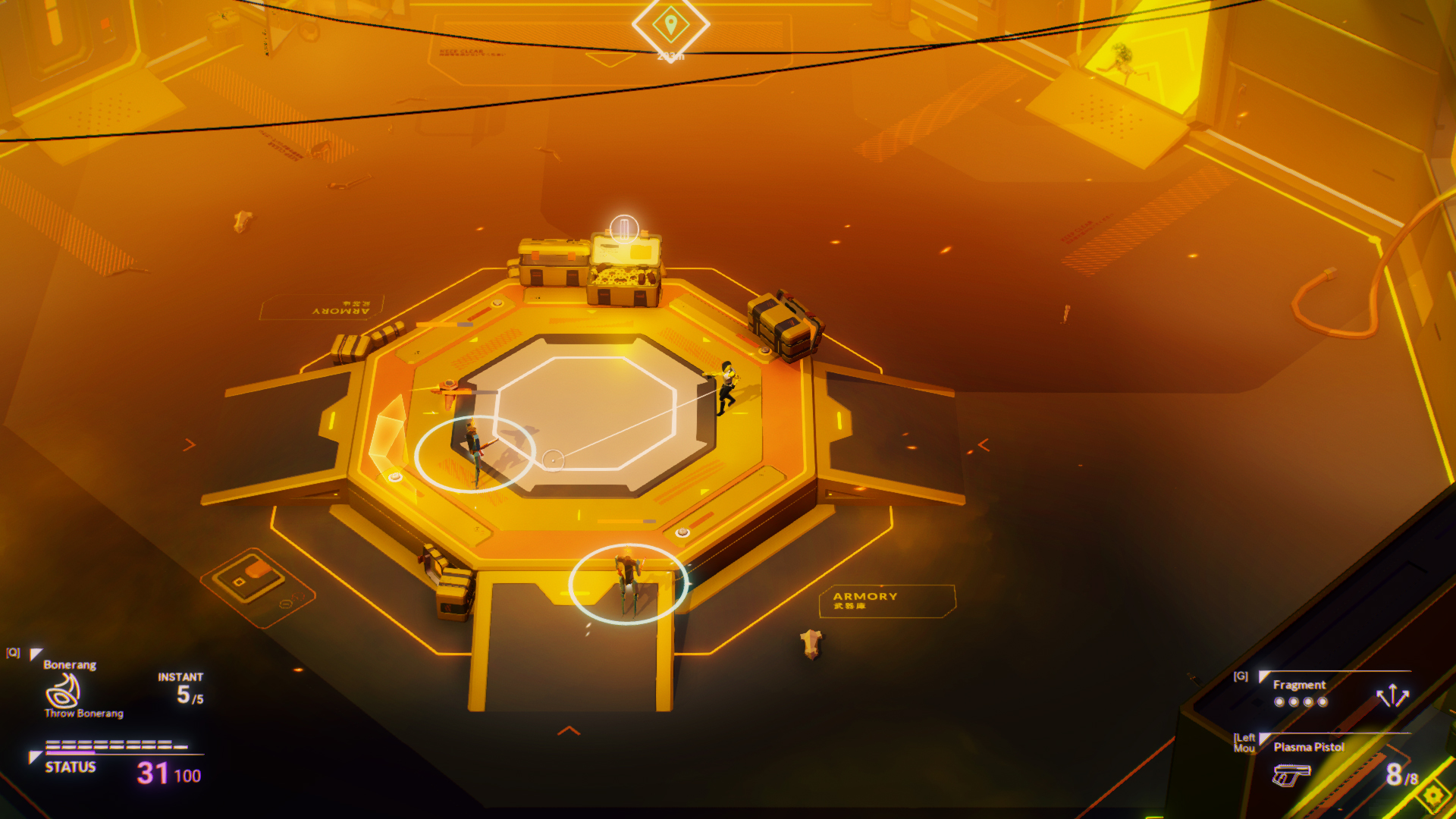 Along with a handful of new travel and loot mechanics, new weather variants have been added with tweaks to some of the older weather types. The new Eclipse weather fills a common request for a dark atmosphere, but will spawn rarely compared to other weather types. Check out the full patch notes below to see everything added! 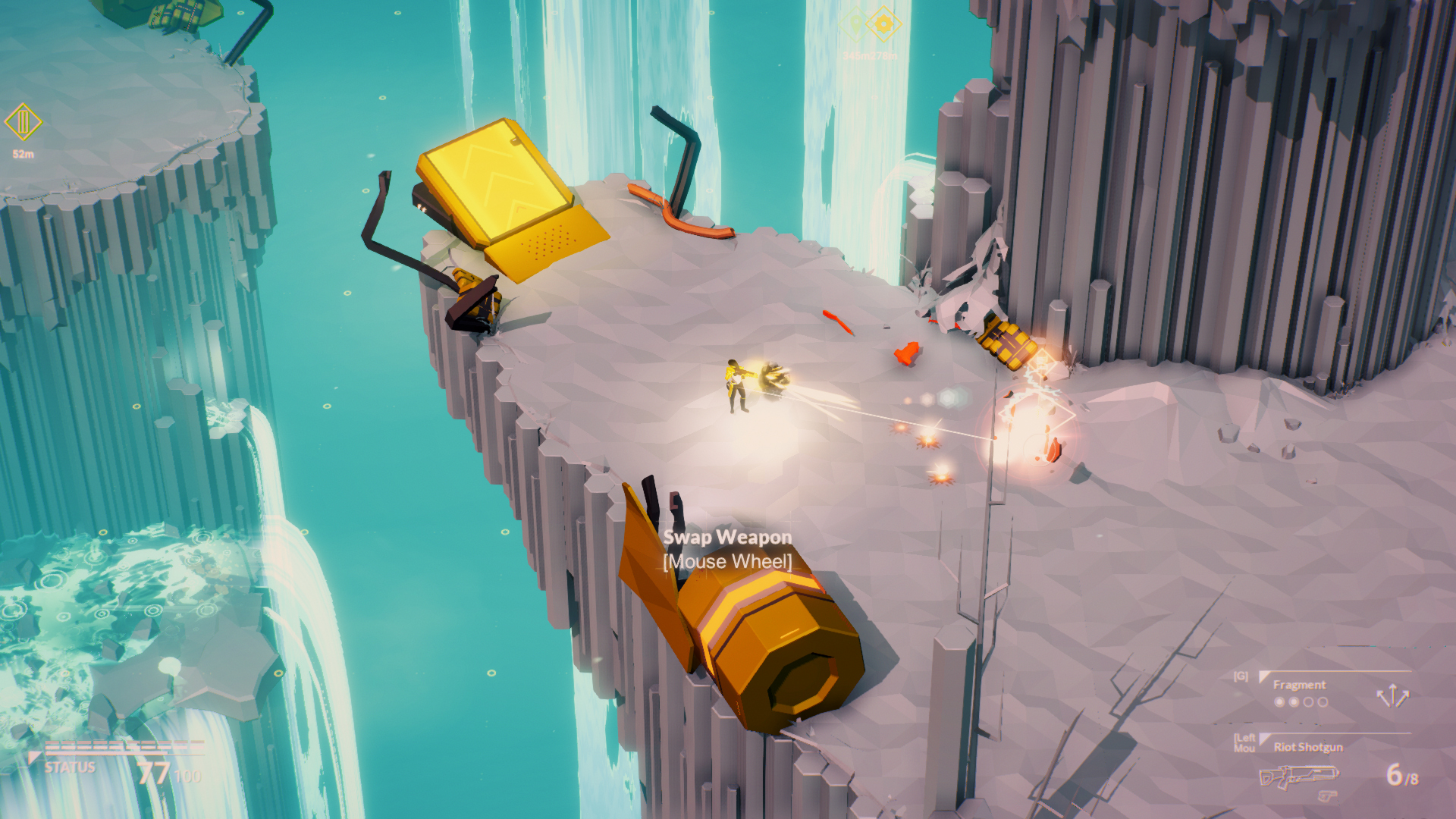 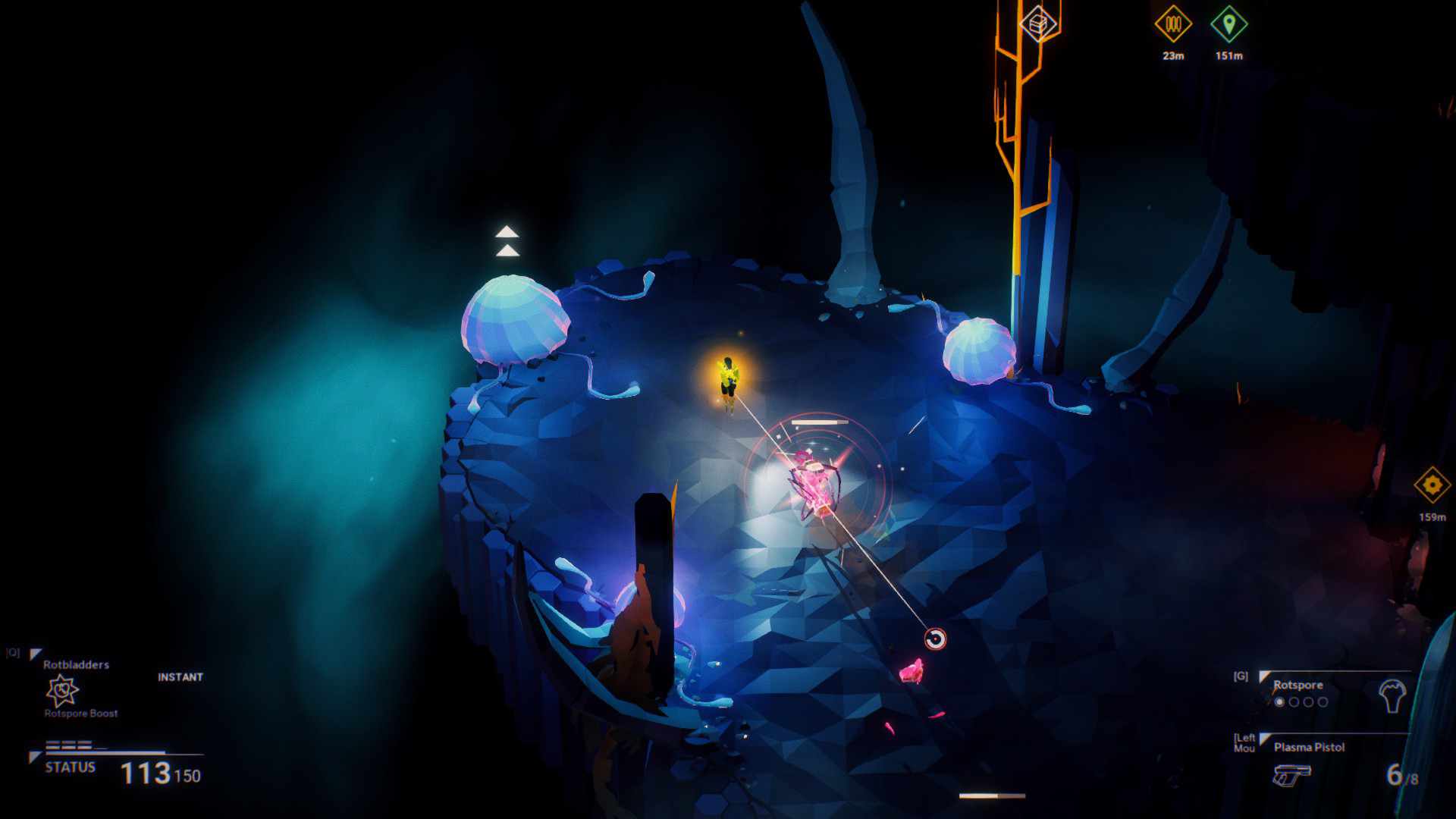